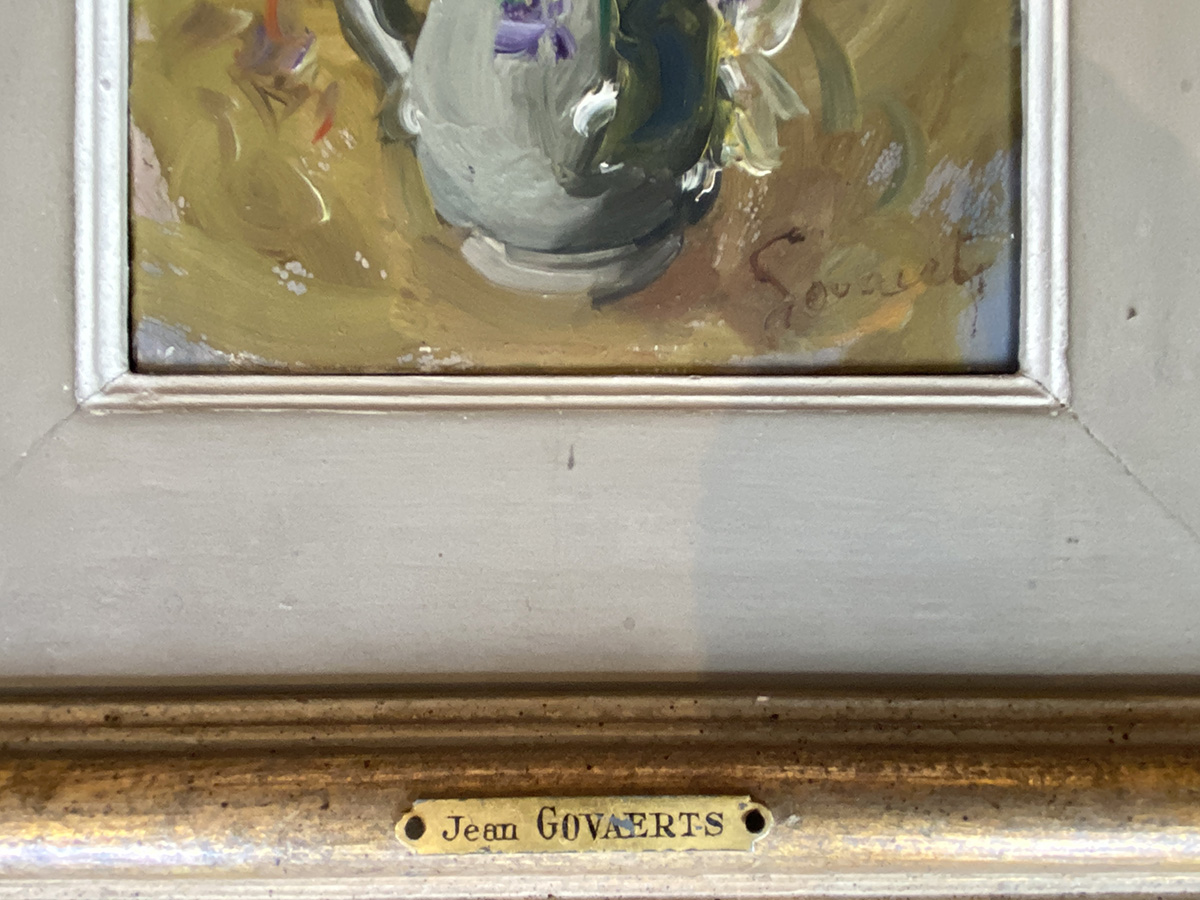 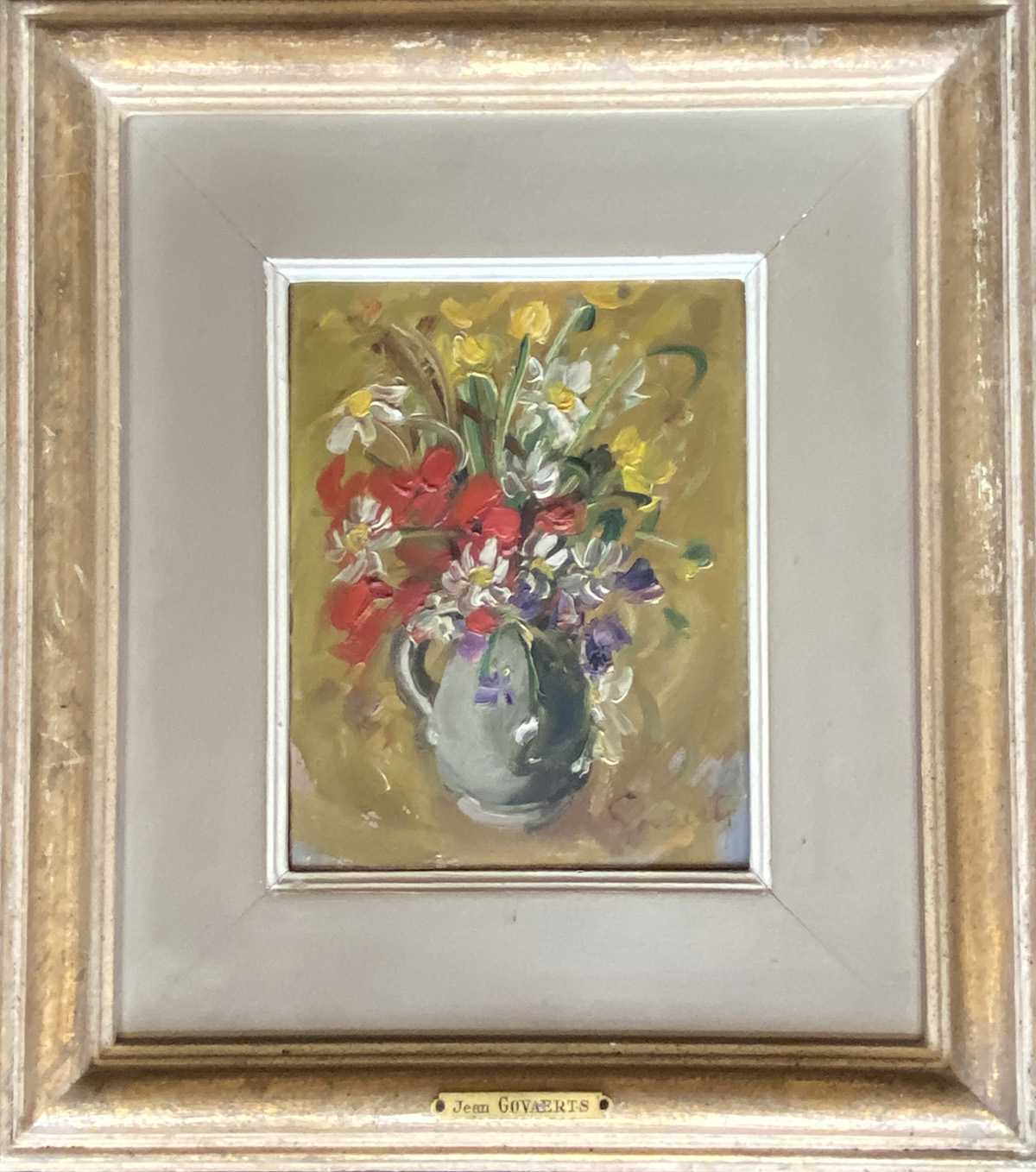 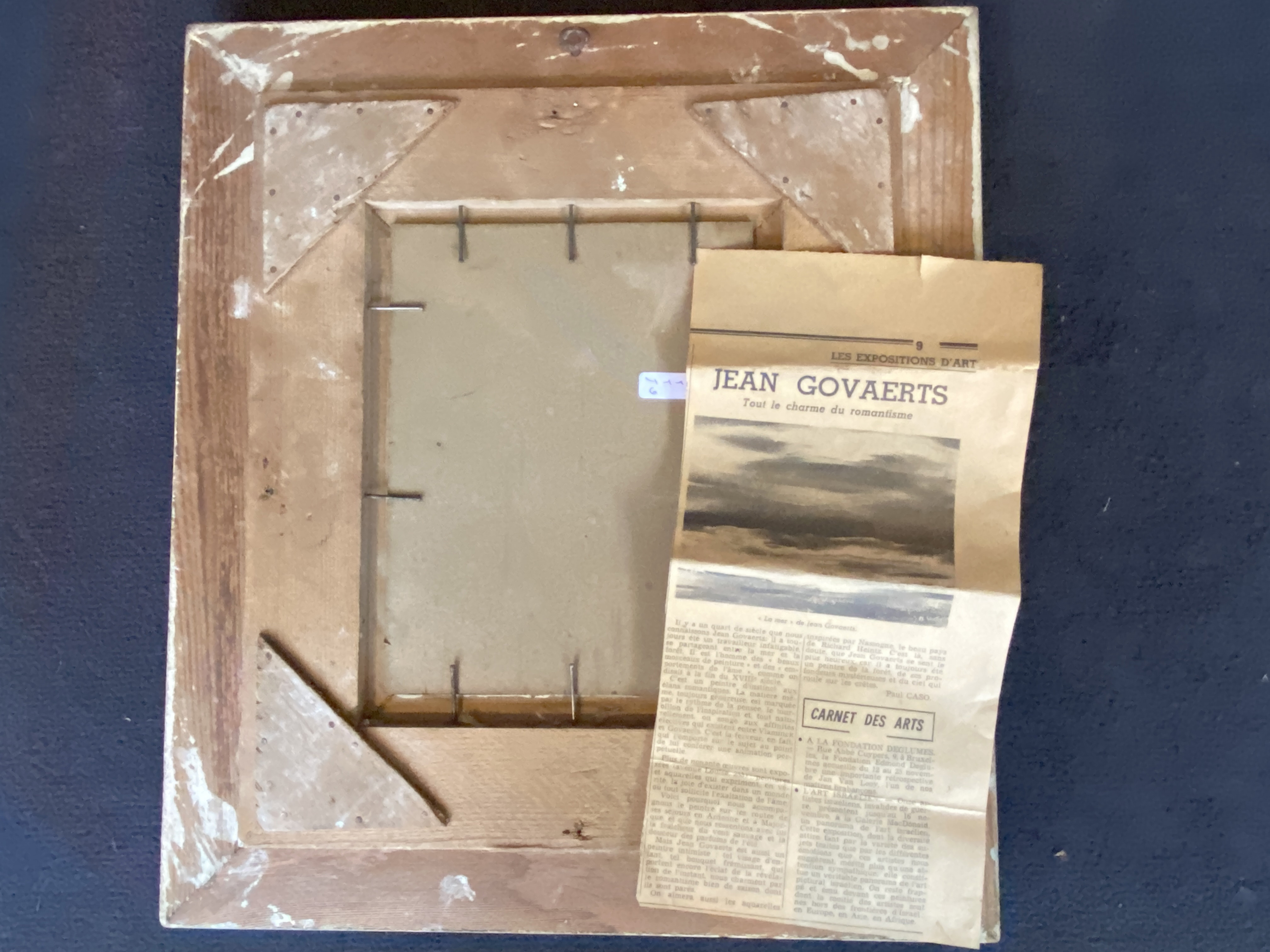 Oil on panel showing a colourful vas of flowers signed by the Artist Jean Govaerts (1898 - 1985). The painting is mounted in a simple frame and mount and has a plaque with the artist's name. There is also a newspaper cutting about the artist. Jean Govaerts was born in Brussels on October 17, 1898 and died there on September 2, 1985. He was a painter and watercolourist of seascapes, landscapes, still lifes and portraits, he was also an engraver. Govaerts was initiated to drawing by his father from his childhood, he entered the Academy of Fine Arts in Brussels and joined the “Orientation Group” bringing together artists such as Albert Crommelynck, Pierre Caille and Albert Van Dyck. Jean Govaerts began in Brussels in 1934 and then exhibited throughout Belgium and abroad, including, Copenhagen, Paris, Amsterdam, Moscow, Buenos Aires, Lausanne and even Cairo. From his first exhibition, his ardor and spontaneity where noticed - painting with fluidity and a generous palette. His favourite subjects become the sea, the Ardennes and more generally, the forest. He has works in the Royal Museum of Fine Arts of Brussels, Museums of Ixelles, Mons, Ostend.

Declaration: This item is antique. The date of manufacture has been declared as 1950.