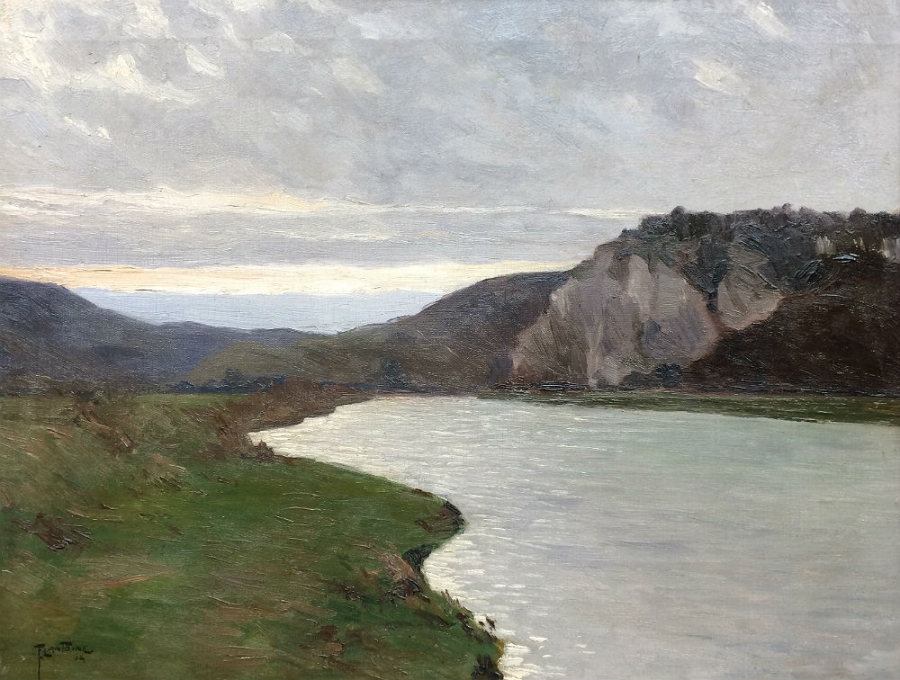 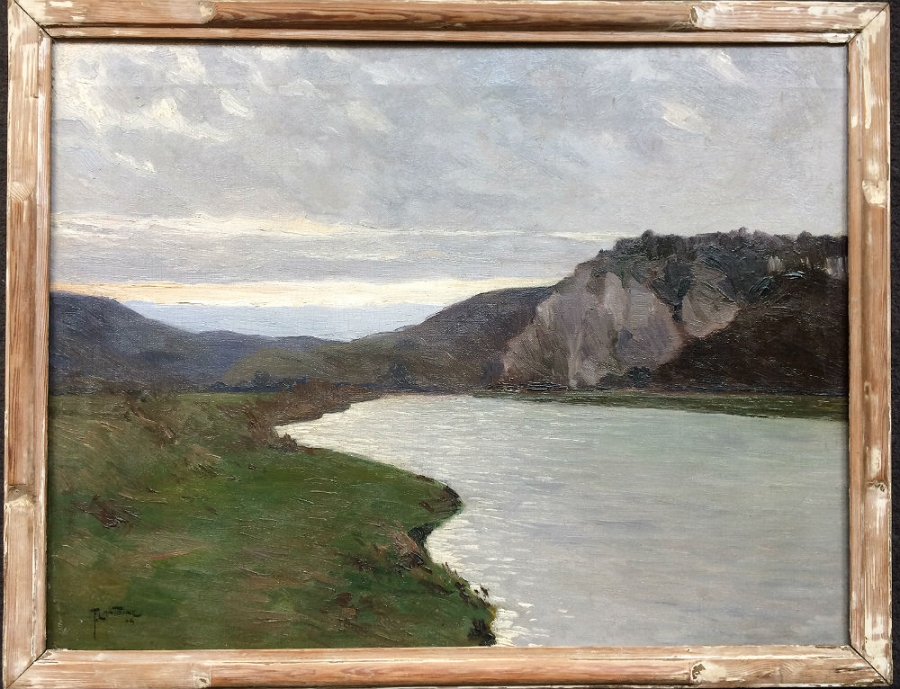 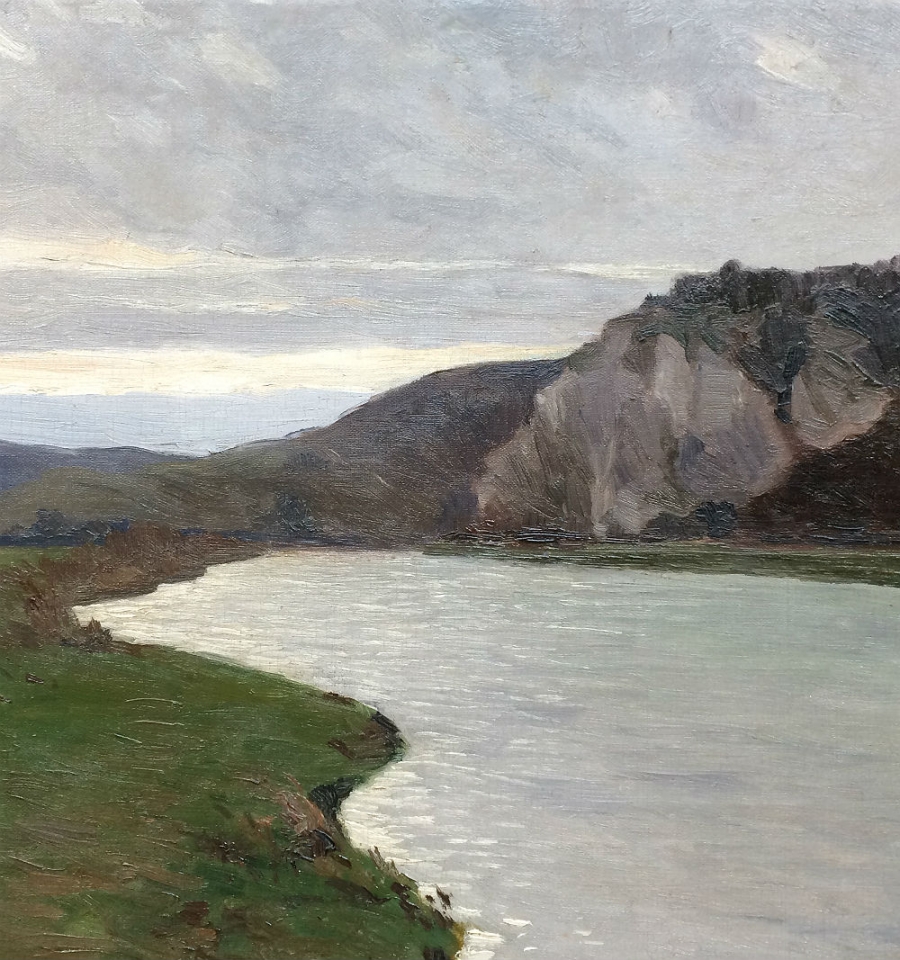 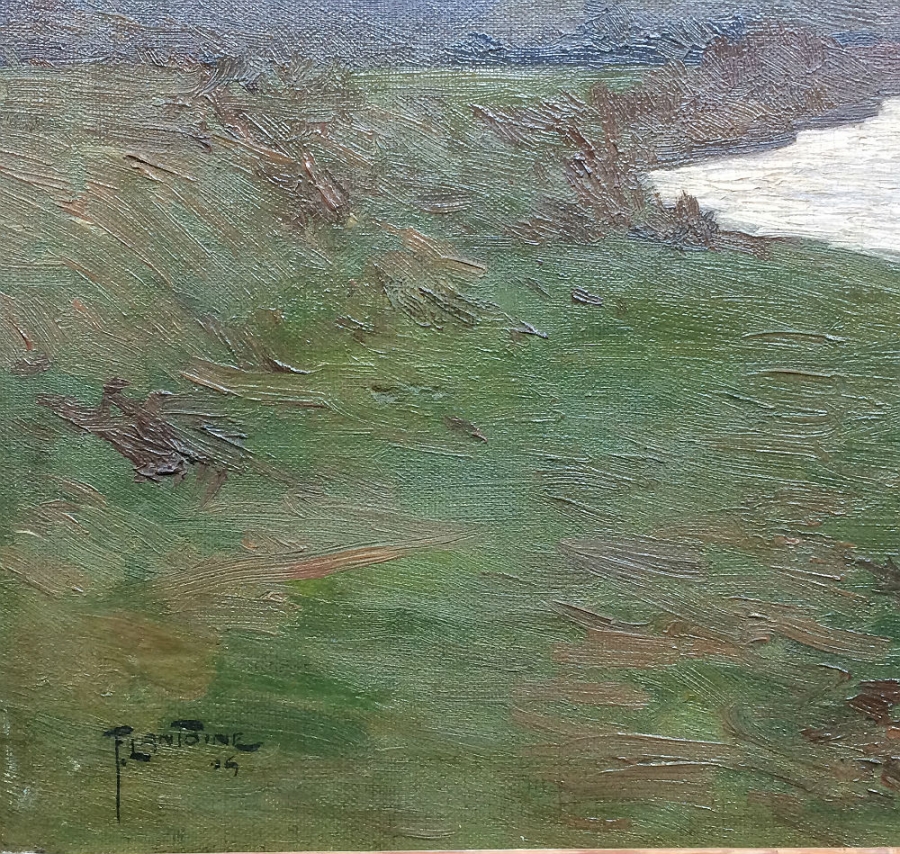 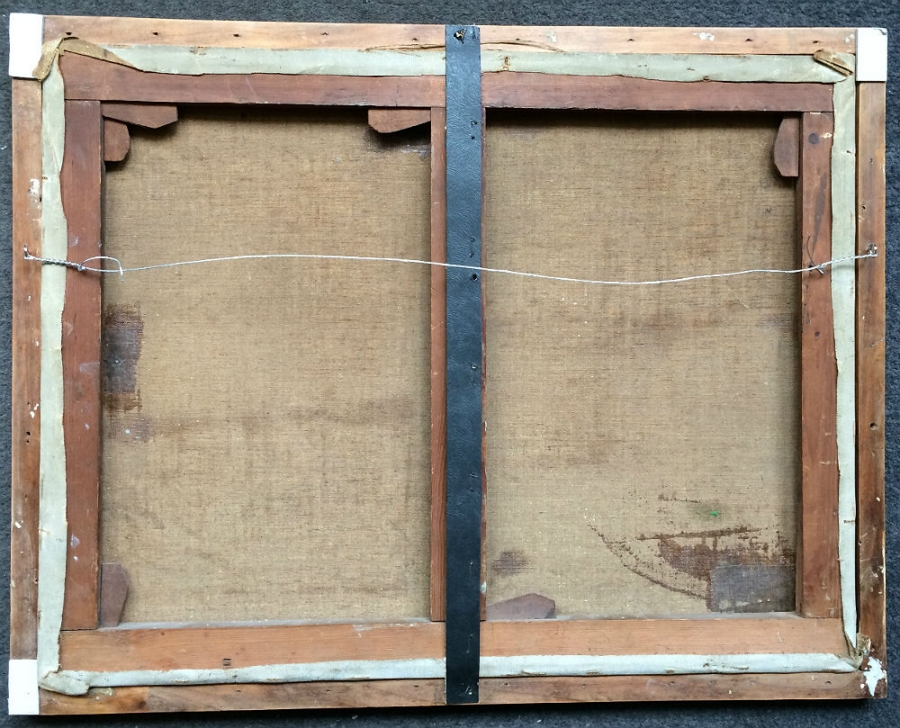 French oil on canvas signed by the artist Fernand Lantoine and dated 1909. The painting shows a view of the Rochers des Frenes . It is mounted in a simple wooden frame.

Fernand Lantoine ( Maretz , 1876-1955) was a French painter and draftsman but often associated with the Belgian School. He was the son of doctor, Fernand Désiré Louis Lantoine and was born in Maretz , France. At the age of fifteen, he moved with his family to Uccle , near Brussels , where he lived for fifty years.
Between 1894 and 1897, he performed his military service in the 4th Marine Infantry Regiment, in Brest 3 . This contact with the sea stimulates its nascent taste for distant horizons. He then studied at the Ecole des Beaux-Arts, in Paris, where he met Paul Signac, whose neo-impressionism was to mark his later work. He joined the avant-garde group - Le Sillon - where he took his first steps as an artist.

As he got closer to the members of the Brussels avant-garde group of the Libre Esthétique, he exhibited at their salon and at the triennial exhibition of Fine Arts. At that time, he traveled on the Côte d'Azur and the Balearic Islands. It is, it is said, in these islands that he had the revelation of light. His painting is then reoriented towards a clearer and more colorful interpretation of reality, with fragmented touches.

When the First World War breaks out, Lantoine is mobilized on the Belgian front. September 6, 1914 to the stronghold of Maubeuge where he is taken prisoner by the Germans. He is moved towards the Rhine, then towards the Niemen, on the Russian front and is employed in digging trenches and paving roads. During this time finds enough energy to make drawings and watercolors, which in 1920, were the subject of a successful exhibition. The following year he published in Brussels a complete history of the war in twenty-five plates engraved on wood.

In 1922 he became a painter of the Navy he embarked on board the French fleet for missions in the Mediterranean and North Africa.

In 1925, as part of his missions, he discovered the Belgian Congo where he found Belgian artists Auguste Mambour, Pierre de Vaucleroy and Fernand Allard l'Olivier. His painting then acquired a striking simplicity, far from the mannerism of some of his oriental contemporaries. He become for well known for his African paintings and painted in muted tones, contrary to the contrasts and brilliancy of which the popular imagination appears to be Africa.

He exhibited in 1927 at the Salon des Artistes French and, in 1931, at the International Colonial Exhibition in Paris. The success of his African paintings is such that he was in charge of decorating the cruise ships Leopoldville and Albertville of the Belgian Maritime Company of the Congo , as well as four mail-ships connecting Ostend to Dover.

In 1934, he participated in an Arctic exploration and painted the Norwegian fjords . His works were exhibited the following year at the Salon des Artistes Français .

However, Lantoine remained attracted by the South and in 1936, he obtained a travel grant for French West Africa. He won the Salon des Artistes of that time and the same year, the colonial awards of French West Africa and Madagascar.

His travels broke down during the Second World War and he was a refugee in Nice. He was confronted with difficulties sourcing materials for his paintings, paintings were also lost or out of reach. After returning to Belgium, he then moved to Paris where he was made a knight of the Legion of Honor in 1948 . He was widley exhibited and has work in several museums.